Achieve TMS East, a new health clinic with a revolutionary treatment to combat depression, has opened its first Connecticut location in West Hartford. 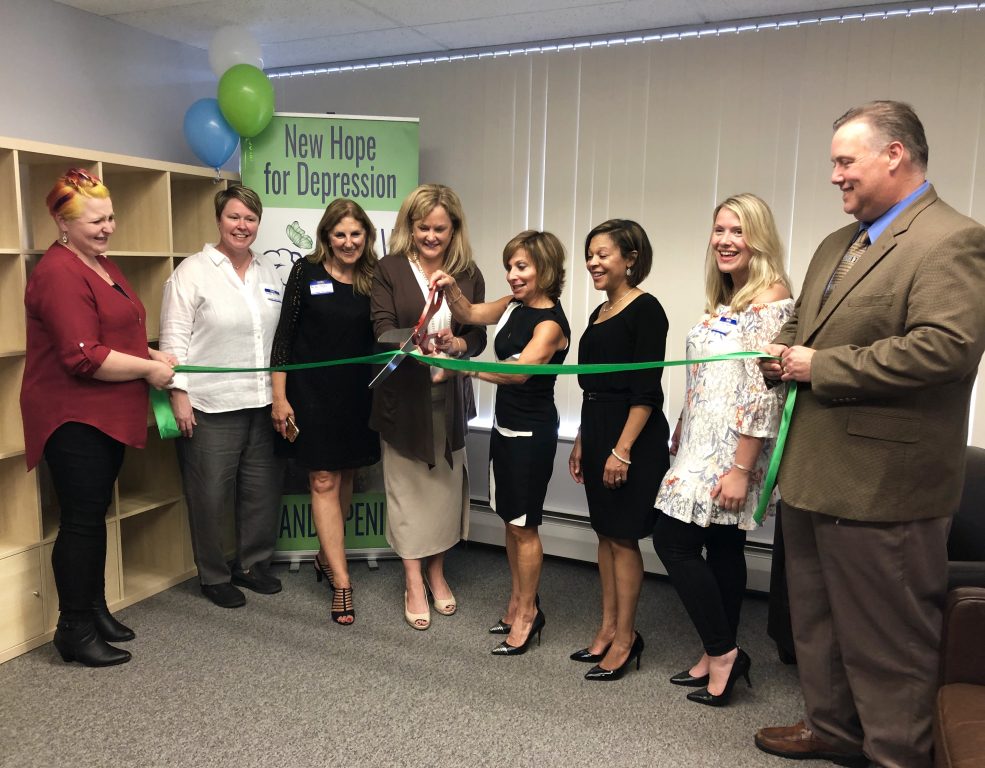 TMS staff demonstrated their innovative treatment – Deep Transcranial Magnetic Stimulation (dTMS) – which they say can be beneficial for those who can’t find success with standard anti-depressant medications or therapy, and can also be used in conjunction with other therapies. 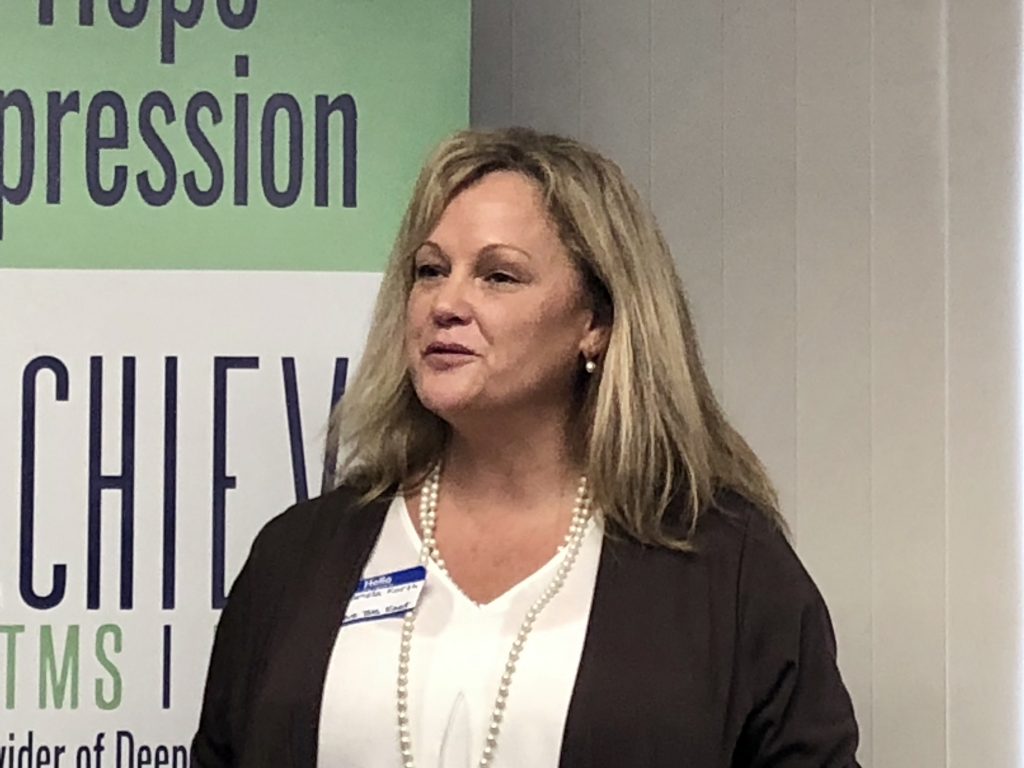 While the demonstration on a staff member was much briefer, patients who receive treatment are connected to the Deep TMS System where they experience a 20-minute highly focused stimulation in the brain. The machine attempts to “wake up” and activate the certain neurons that are hyperactive or non responsive that cause depressive symptoms.

Compared to other standard TMS treatments, TMS East states that this machine uses an H1-Coil that allows for a deeper penetration in the prefrontal cortex with a consistent high level of safety. As a result, due to the deeper and more widespread stimulation area, a greater success rate in a patients remission has been observed.

During the process, which uses a customized cap, the patient is awake and aware with no medication use involved. To pass the time they can watch TV, listen to music, or engage in other activities while seated in the device to remain comfortable and relaxed.

A standard treatment consists of 20 minutes connected to the Deep TMS System for about five days a week, for about six weeks. The number of weekly sessions are reduced in the later phases of treatment.

“We like to educate people first to see if the treatment will be a good fit for them,” said Dr. Brian Smith, chief medical officer for TMS Achieve East. “We offer hope to those that other treatments haven’t worked before.”

Those interested in are welcome to attend a 30-minute informational session in order to help them understand and become comfortable with the new technology.

The team said they chose West Hartford as their starting base of operations in Connecticut due to the high rate of referrals for depression in the area.

“We look for areas with a high need and a certain amount of patients in the area,” Smith said. “We chose [West Hartford] because we looked at the demographics and the certain amount of referrals that were found by the University of Connecticut in their studies.”

To spread the word, the TMS Achieve East team east will be conducting various marketing events and connecting with the different psychiatric practices in the area to raise awareness of their existence as they work along side the other practices to try and help reduce the affects of depression.

Depression can impact an individual not only in their personal life but can give occupational and social consequences as well. Medications and psychosocial treatments may help for some but for those who don’t respond fully may benefit from that secondary medical regime that Achieve Team East can offer, the staff said.